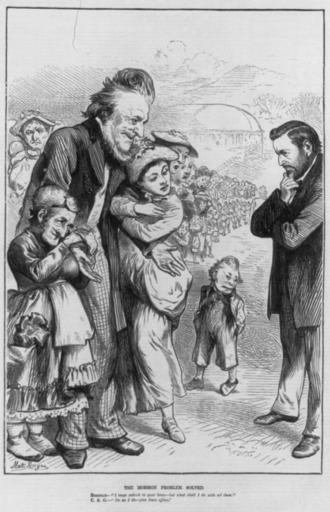 Child brides are commonly placed into a polygamist marriage by the age of 12-16 (sometimes promised as infants). These marriages are arranged by the leaders of the Polygamist church. These girls have the choice to marry as commanded or submit to an honor killing for disobeying the commandment of God.

These child bride marriages are not a lifestyle choice done by consenting adults. They are forced marriages of children that place them into a lifetime of childbearing bondage for the enrichment of the church.

Letter to the editor: Polygamy a choice?

Freedom of sexual choice should include the financial responsibility that goes with that choice. For decades polygamy has been financed by literally millions of taxpayer dollars.

Taxpayers have been forced to “foot the bill” for thousands of illegitimate children. Taxpayers pay for polygamist community schools that indoctrinate but don’t educate. Taxpayers feed the hungry and house the homeless left in the wake of polygamy.

Polygamist women are not allowed to handle money. All of their welfare dollars go straight to their husbands and/or church leaders.

The public seems to be totally unaware that polygamist women must choose to live polygamy or suffer “eternal damnation”. The only recourse for eternal damnation is “Blood Atonement” or “Honor Killings” to save one’s soul. There is no choice in religious polygamy. These terrifying doctrines can be found in Vol. 4 of the Journal of Discourses in the LDS Church archives.

Even polygamists in Mexico keep their American citizenship and continue to collect welfare and other American tax dollars while they enjoy their ”right to breed.”

The public seems entirely unaware that they are witnessing a mass epidemic of Stockholm syndrome when they see women endorsing polygamy. Even a prisoner in a concentration camp won’t testify against the guards while those guards have access to their children. The law will always give the father access to the children, even if she dares to leave.

If polygamy is considered no more than a choice, then demand that women identify the father of their children (and require blood tests) when they apply for welfare. Protect women. Don’t put them in the middle. Let the state prosecute the men for non payment of child support. Force polygamist men to finance their own children, even when their money is held in the name of a Church or business that endorses and teaches polygamy. Follow the money trail and put the financial responsibility on those who have created it.

Choose to hold polygamist fathers responsible for their own choices

I have more than ample evidence to back up this information.

I am polygamist born and raised. I have relatives in almost every polygamist group.

I am fully aware of the indoctrination and the money trail inside of polygamy’s “religion.” Please stop financing the slavery of women and children. Choose to put the responsibility and the cost of that responsibility, back onto the men who are creating it. Legalizing abuse based on external damnation and blood atonement won’t stop it, but putting the cost back onto those who created it will slow it down.

I am white and blonde. I was born a slave, sold as a slave, and bred as a slave in the United States of America, all in the name of a religion that required my obedience or my eternal damnation. Slavery knows no color. Polygamist born children are not the ones who should be apologizing for their slavery.

I was sold as a child bride in polygamy. I had nine pregnancies and six living births by the time I was 23.

Please consider the following facts in your decisions about polygamy.

Polygamy a choice? Women would risk their lives if they “chose” to have several husbands. Laws don’t change indoctrination or fear. Laws don’t even protect a woman’s children from their father’s legal visitation rights.

Laws are powerless until they enforce responsibility. Make men financially responsible for their own breeding habits and polygamy will shrink, Women and children will be safer and our tax dollars can quit financing the organized crime carried out in the name of religion.

Please see beyond the propaganda. The future of slavery in the name of religion will expand or decrease by the decisions you support. Please reconsider the consequences of pretending that polygamy is a choice. It is a commandment enforced by those who would never submit to sharing their own one-and-only mate. I am the product of three generations of polygamy.